13/01/2022: HE PANUI TUPATO - PREPARE NOW FOR A POSSIBLE HIT ON TE HIKU BY CYCLONE CODY THIS WEEKEND

While there has already been a lot said about this significant weather system, the impacts are likely to differ from region to region and MetService New Zealand has provided the following information focused on the expectations for Northland, with Severe Weather Watches and Warnings to follow from tomorrow.
Increased wave heights are already being noticed on the water but the latest MetService data indicates that for Northland, waves will rise significantly on Saturday, then stay very high until Monday. MetService says waves up 6m are possible on the eastern coastline, and could be up to 8m high in deeper water offshore causing dangerous conditions both at sea and about the coast. Coastal inundation is possible on low-lying roads and property near the shore. Waves of this size have a lot of power and can cause significant rips.

Heavy rain and strong winds in the Northland region are likely during the first half of Monday but could be quite brief.

From our perspective, previous heavy swell events such as those experienced in May last year will give a broad indication of some of the locations/properties where inundation and/or erosion can be expected and it would make sense to relocate stock, vehicles/caravans/machinery, dinghies/kayaks etc away from these in advance. This also applies to appliances/equipment stored in low-lying bach sheds etc - consider switching off power if water is likely to enter these.

If you're reliant on roads on the east coast of Northland that are susceptible to flooding in king tide/storm events, it would be best to plan for the prospect of these being impassable for at least some time over the weekend.

Activities in and on the water are strongly discouraged this weekend and even walking on the shoreline is likely to be hazardous in places.

We'll keep you updated with warnings as they are issued and MetService's severe weather outlooks can be found at this link: https://www.metservice.com/warnings/severe-weather-outlook

Better to be prepared for a storm that doesn’t arrive then to be hit like a stunned mullet by one that does. 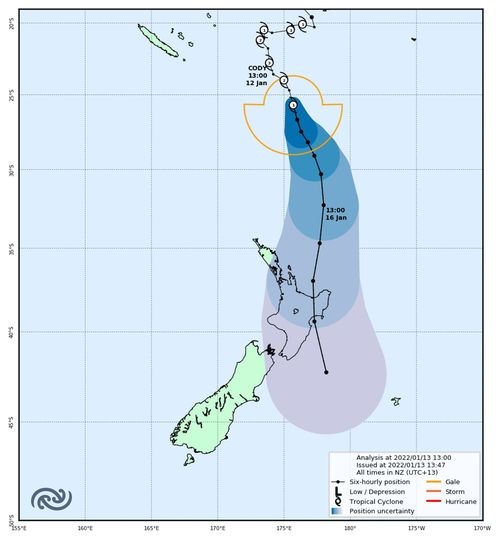